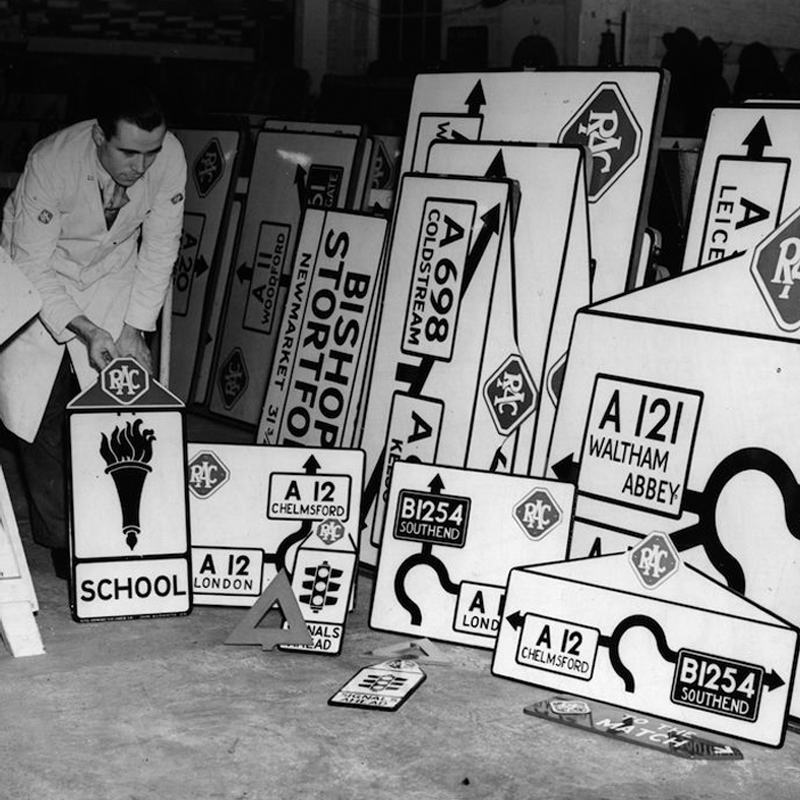 We see road signs every day and know exactly what they mean as soon as we set eyes on them but it hasn't always been that way. Before the work of Calvert and Kinneir, traffic signs were actually quite confusing! For example, did you know that a torch icon was supposed to symbolise a school? Thankfully a complete redesign was on the horizon!

Over 60 years ago; in 1957, graphic designers Margaret Calvert and Jock Kinneir set out to completely redesign British traffic signage. Pioneering the revolutionary pictogram system that we are all so familiar with today, Calvert and Kinneir’s work has allowed us to understand road signs almost instantaneously and their visual approach has influenced signage across the world.

In the 1950s, when new motorways were being built, existing road signs were not "up to speed". One of the issues with these signs was that they featured a lot of text in block capitals. Margaret Calvert and Jock Kinneir found that using both upper and lower case letter forms allowed for quick word recognition. In a Top Gear interview, Margaret explained that people quickly recognise the different shapes of lettering so the squared appearance of all block capitals meant it took to longer to recognise individual letters and consequently people would have spent more time looking at the sign rather than the road.

When this methodology was combined with a whole new set of pictograms, colour codes and typefaces, road signage transformed dramatically. Over the years it has been improved and slightly altered into how we know it today thanks to Calvert and Kinneir's designs.

It isn't just road signs that Calvert and Kinneir are famous for; they also designed signs for Gatwick Airport and luggage tags for P&O.